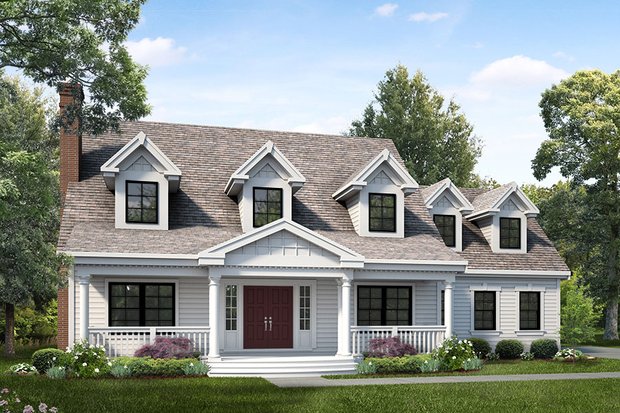 Colonial homes combine understated elegance with a touch of history, and a variety of unique touches developed through regional influences.

As the name suggests, colonial house plans draw on the architectural styles prevalent in America's original East Coast settlements. Colonial settlement covered territory ranging from the blustery New England coastlines to sultry Georgia swamps, therefore, colonial design varies depending on the climate. European settlers brought their own architectural traditions, giving rise to Dutch Colonial, French Colonial, and other variations. In general, colonial home plans feature symmetry, with centered doorways and a balanced array of windows. The second story generally has the same footprint as the first, and the exterior is usually brick or clapboard siding. Details such as chimney placement, gables, porch styles, and the like vary widely depending on the regional design variations of colonial styles. The modern colonial home design will have up-to-date amenities. However, the general feel is one of tradition, elegance, and a tie to history that brings the traditions of the colonial past into play in a modern lifestyle.